The RAC SportWest Awards enable the Western Australian community to recognise excellence in sport and celebrate the achievements of WA sportspeople.

The most prestigious sporting Award that a West Australian athlete can win is The West Australian RAC SportWest Awards. Many of Western Australia’s outstanding sportspeople have won this Award since it was first presented to Morna Pearce in 1956.

Many thousands of people benefit from participating in and supporting sport at all levels. People involved in sport in their community learn many personal and community values through their own sporting endeavours, whilst gaining inspiration from their sporting heroes.

We recognise and thank our Award Partners for their contribution to the community by supporting WA sport through their commitment to Western Australia’s premier sports awards.

The RAC SportWest Awards 2019 will be presented at Optus Stadium on Thursday 13 February 2020.  Tickets to attend are now available via this link. 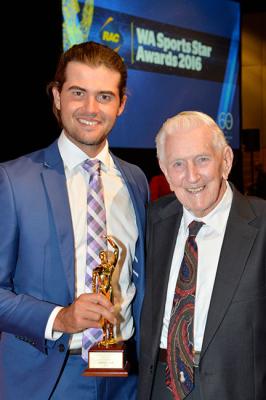